We arrived in Nelson, the South Island’s most northern city, just in time for Cyclone Ita to strike!  Having heard very little on the severity of the storm we assumed she would pass by with relatively little destruction; we found out very abruptly that the weather reports had it wrong!  Startling awake at 11:30 PM to the sound of crashing waves spilling over the seawall was enough to entice everyone at the campground to move their vehicles to higher ground.  The following morning we awoke to a flooded and battered land, and several downed trees, flooded houses, and closed roadways along the coast convinced us to stick out the second half of the storm in the comforts of the Nelson Holiday Park.

“went walking through town just the other day…” 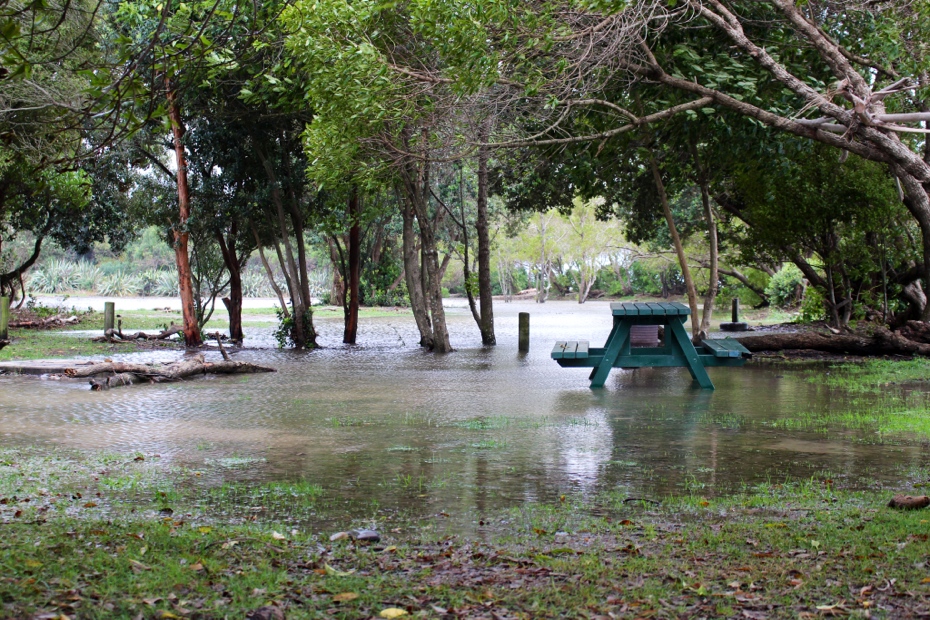 “the sun came breakin’ down through the clouds…”

Once Ita moved on, we drove north along the vast and sunny Golden Bay.  Our first stop brought us to the impressive Rawhiti (ra-fiddy) Cave.  After a difficult (because of the storm damage) and slippery 40-minute hike we arrived at the cave opening.  The cave, which is more like an archway/tunnel overhang is out of this world – more than a million stalactites hang from the ceiling.  But what makes this cave unique, is the light that penetrates into the darkness, allowing moss to colonize at the tip of the stalactites and then grow at an angle toward the sun (yay, science!)

“never seen the sky so blue…”

“we got to the spot and the sun was hot…” 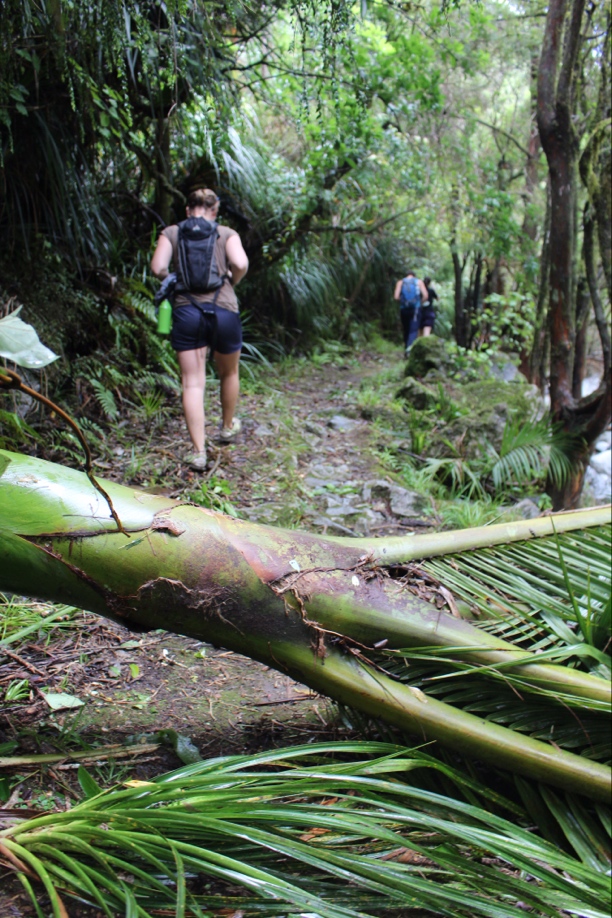 “we lost all track of time…” 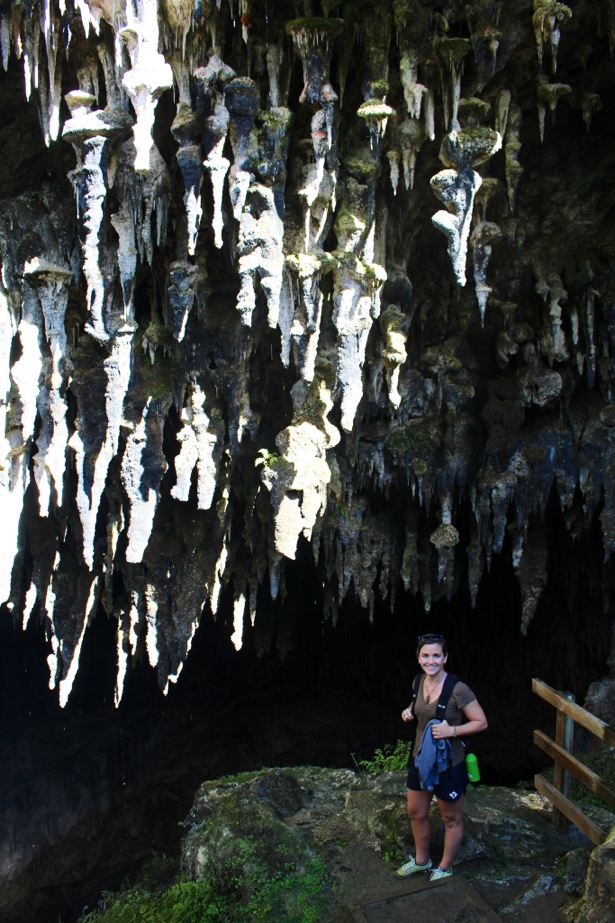 The next day we headed to Farewell Spit – NZ’s longest sandspit.  Farewell Spit is the northern most point on the South Island and one of the longest spits in the world.  It stretches 35 kilometers (22 miles), of which, only a small percentage is publicly accessible; this includes the relatively short (6 kilometers/3.5 miles) and interesting walk that we took along the bay and over the dunes to the open beach.  [Note:  Check this spit out on Google Earth and you may notice how it resembles the beak of the Kiwi bird!]

“lost in this moment…” 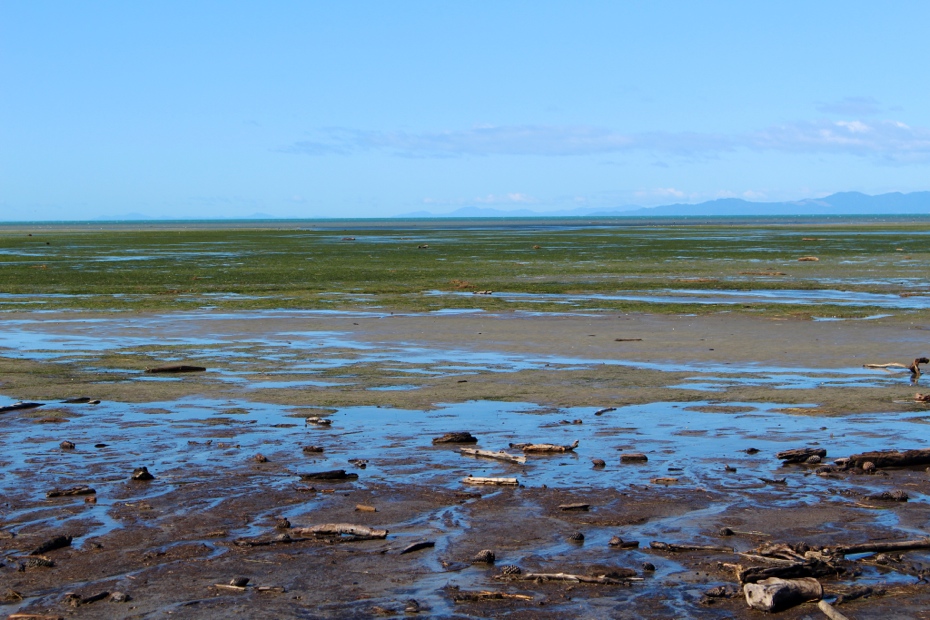 After we said “Farewell” to the spit, we found our way out to Wharariki (fara-rickey) Beach.  Many of the South Island’s northern beaches are warm, sunny, and inviting; however, Wharariki is dark, mysterious, and gusty (hence the sand dunes that it is famous for)!  After admiring the headlands, arches, and sea stacks we WOLOed among the dunes; this often took the form of running straight toward a sand dune ledge and jumping off with reckless abandon only to land with a soft thud and sand up to our thighs!  Once we had our fill of child’s play, we headed back along the paddock (aka farming pasture) strewn with sheep so we could gear up for our next adventure!

“these are the days we’ll talk about…” 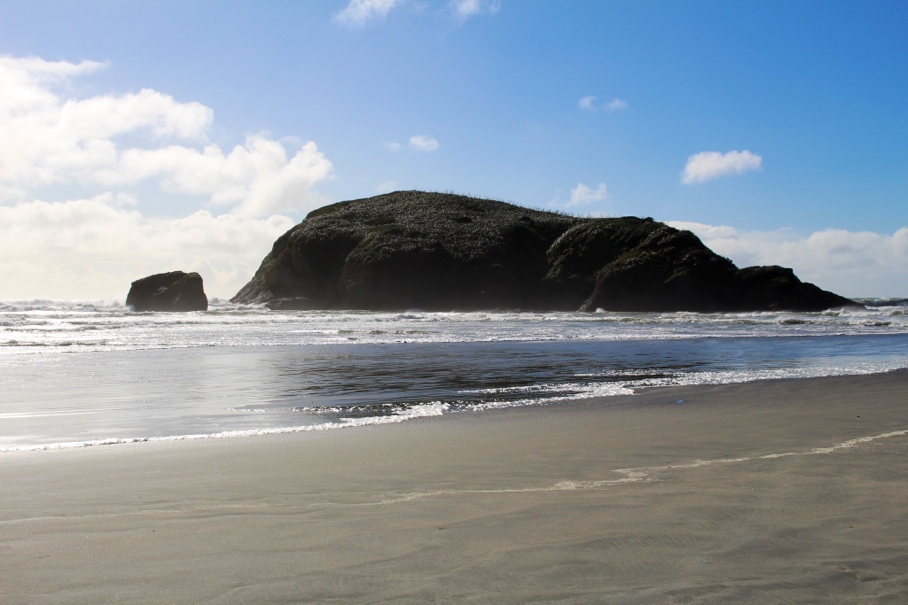 “…when we lived so wild and free”

“…it don’t get much better than this”

“feels like dreamin’, slowly drifting, through this perfect day…”

One response to “NZ’s Golden Bay”