Christchurch, NZ’s third largest city has certainly seen better days.  In late 2010 and early 2011 it was rattled by powerful earthquakes that left the city in a pile of ruins and claimed the lives of 185 people.  While only two buildings collapsed due to the February 2011 earthquake, several were left structurally unsound, therefore upwards of 1,500 buildings need to be completely demolished.  In addition, 10,000 homes in the eastern suburbs of the city were deemed unfit for living.  Currently, they sit abandoned, strewn with broken windows and graffitti covered walls; however, they will soon be demolished in order to transform the land back into the wetland that it once was.  Even the roads around the city are damaged; several are still closed to traffic, while drivable roads remain cracked, uneven and under heavy repair.

“the dust settled all around us…”

“the walls kept tumbling down in the city that we love…”

Despite this tragedy, the people of Christchurch seem resilient and hopeful.  In only three years (out of the projected 20 years it will take to ‘physically’ recover), the city has made great strides.  A few new buildings have popped up and several are under construction.  In Christchurch we opted for the double-decker bus tour, which brought us to all the ‘historic highlights’ in the city-center; some were still in tact, many others were crumbling.  It ws an eye-opener, reminding us that if you have the chance to WOLO you’d better make it happen!

“how do I begin to be an optimist about this…” 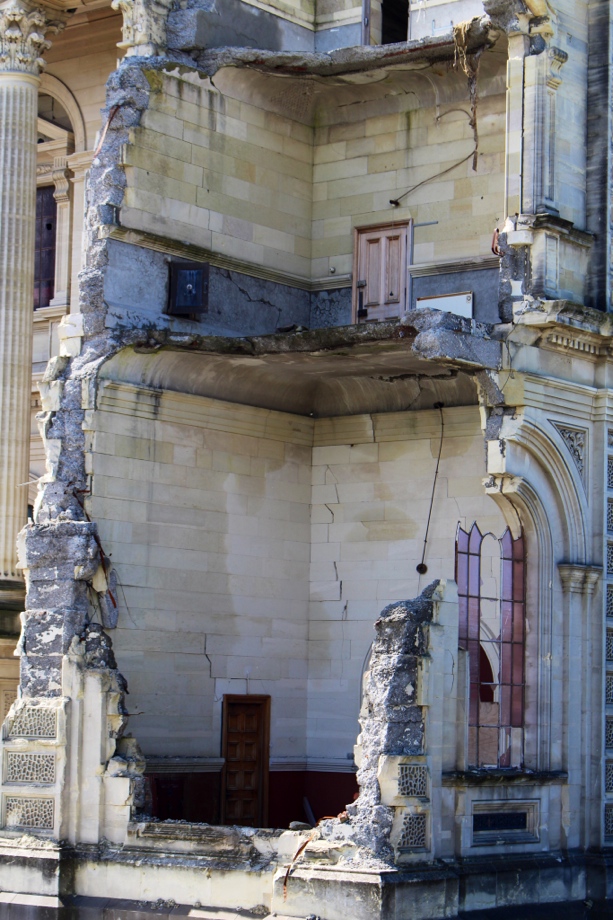 “does it almost feel like nothing changed at all…”

We wish nothing but the best for the city and the people of Christchurch.  There is no doubt that they will rebuild an impressive and very “earthquake-proof” city center.